Fryerstown Project – In Their Own Words

In 1989 I was one of several photographers across Victoria commissioned by the Department of Labour and Industry [DLI] to create images of women at work. I decided to work with both image and hand written text. Three of the DLI images are included here – Val Laidler at the Chewton Garage, Dr Carol De Vrieze, Veterinary Surgeon treating my horse, and Lynette Rodda on the Fryerstown CFA truck.

The DLI commission ended, but the interest in photographing my own community using image and text continued. In Their Own Words is the resulting body of work. The participants choose both the location where they will be photographed, and the image to be printed.   I make 2 large silver gelatin prints [one for each of us] and leave them with the subject for at least two weeks. The subject is asked to write a statement directly onto the image. I do not make any suggestions or ask any questions as to what the content of that might be.   What the subject writes is entirely their decision. It is always incredibly exciting to see how the image has been transformed by the addition of the subject’s written statement.

Jessie Cole is part of the SLV’s permanent public exhibition The Changing Face of Victoria, and sits very close to the Ned Kelly display, including his armour.

In Their Own Words is a microcosm of rural Australian towns. The images quietly acknowledge the importance of lives lived as a crucial part of the social fabric of an Australian community.

The images were captured on black and white film with a Bronica 6-45 camera. The 40x50cm silver gelatin prints are archivally processed. 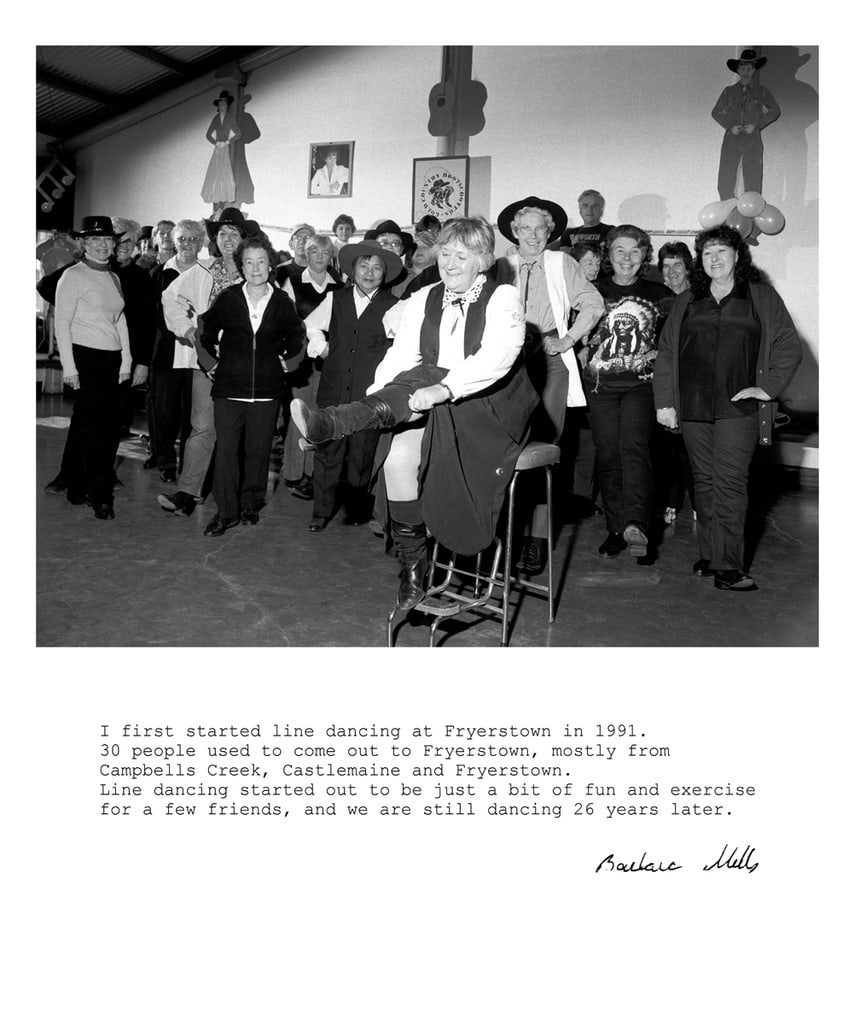 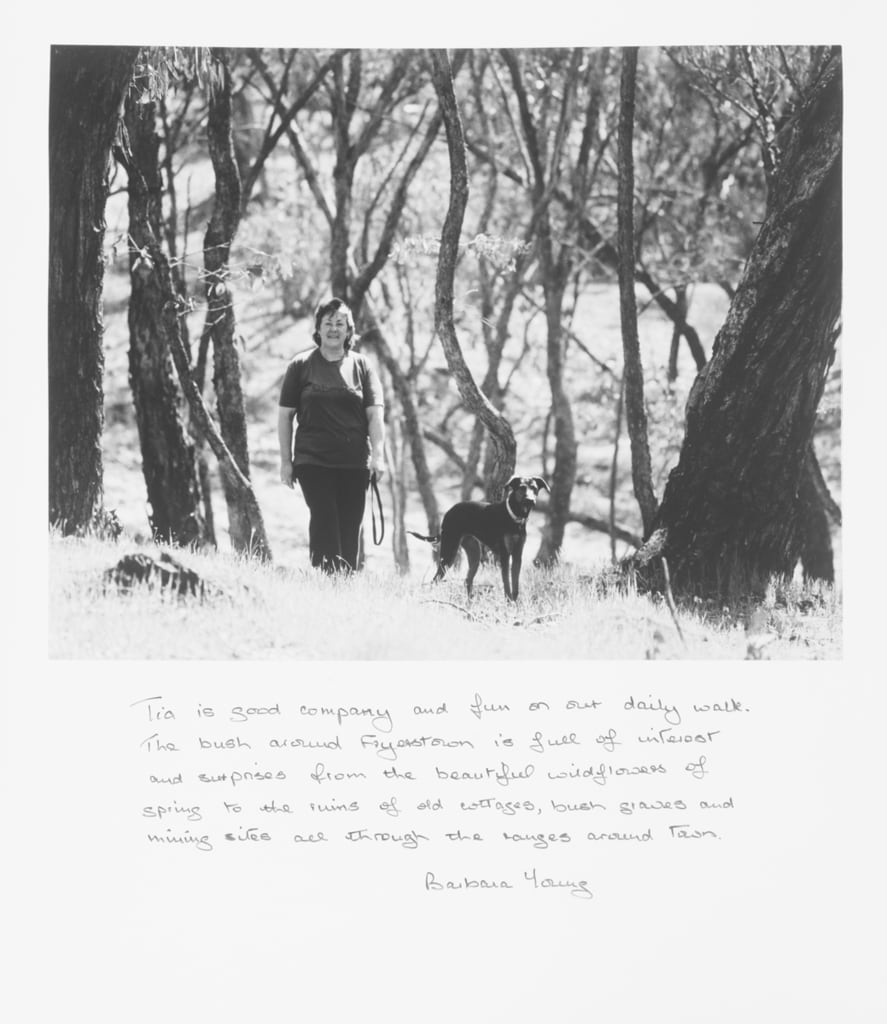 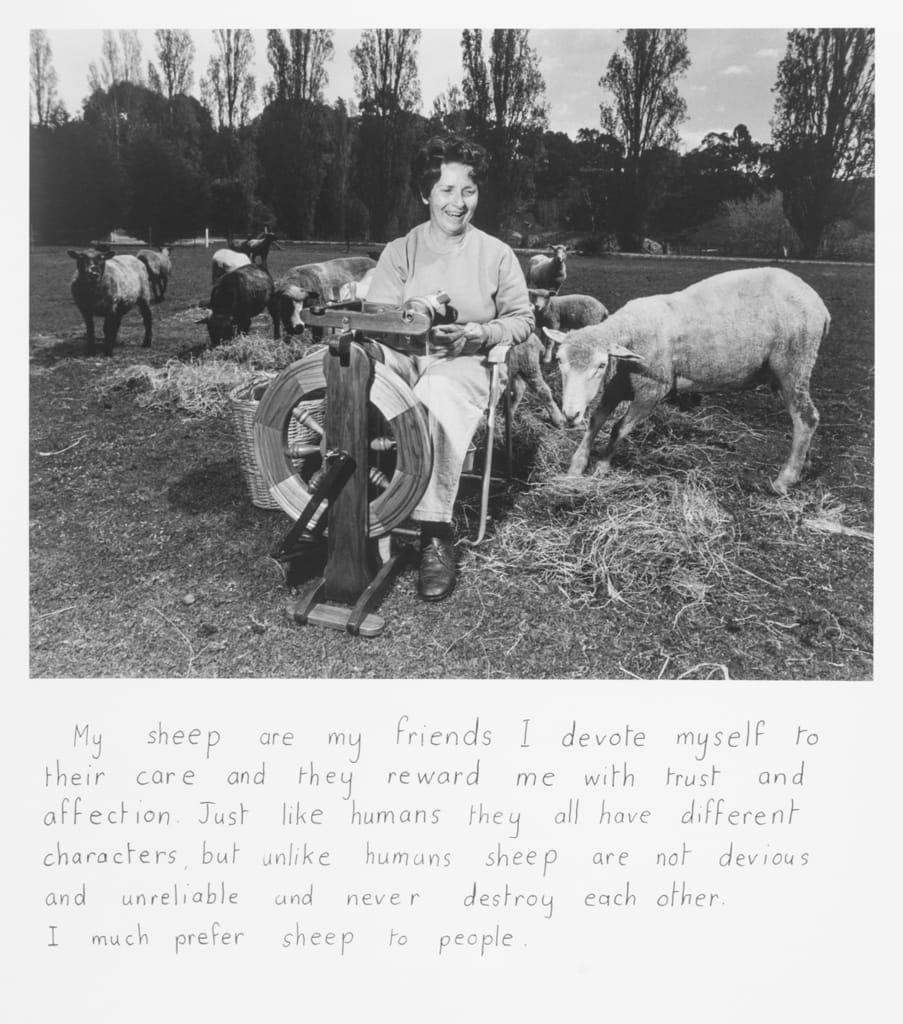 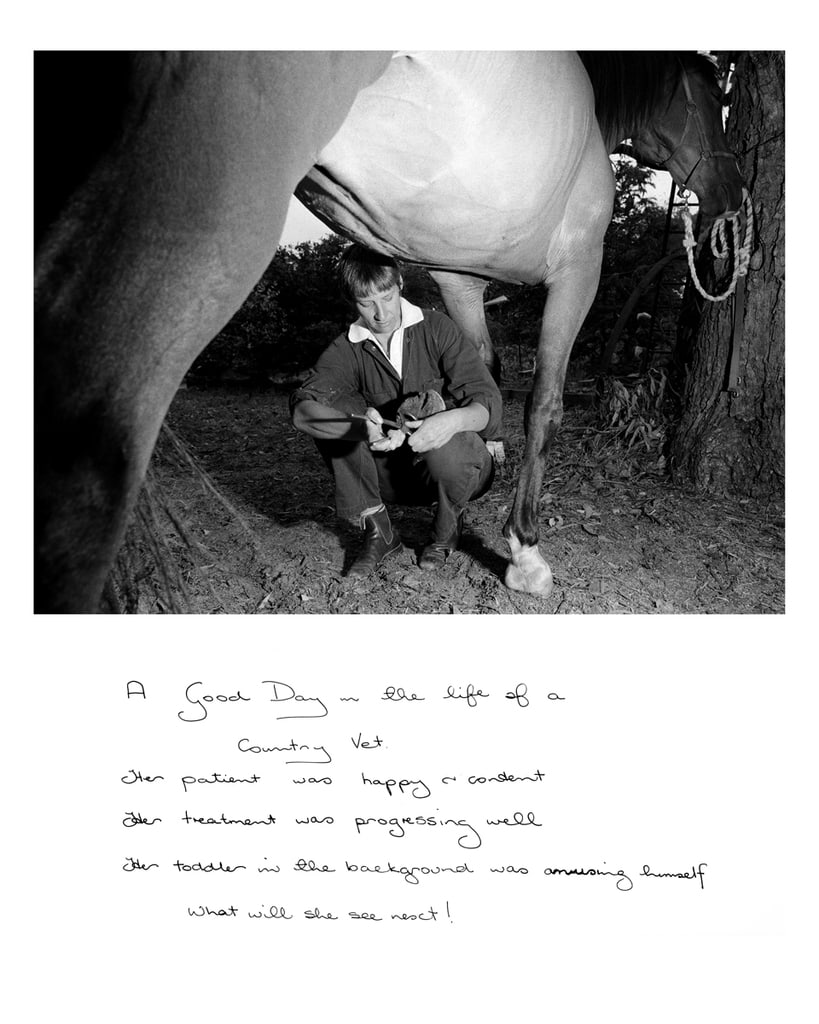 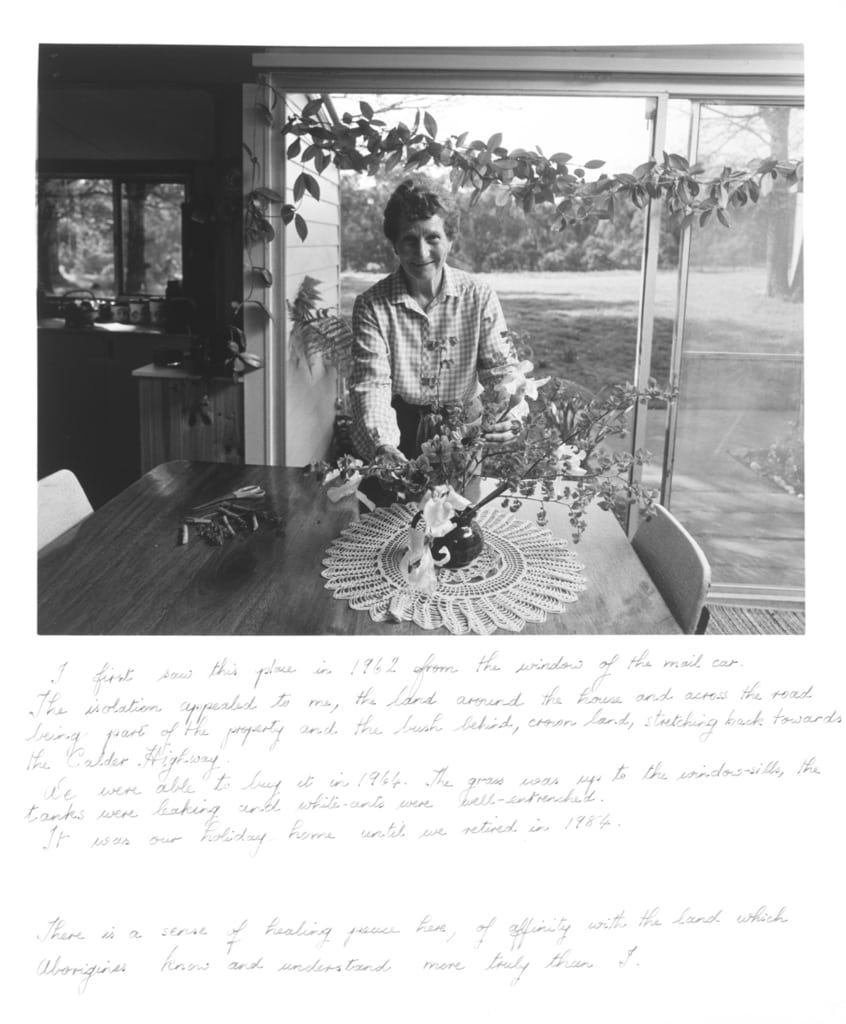 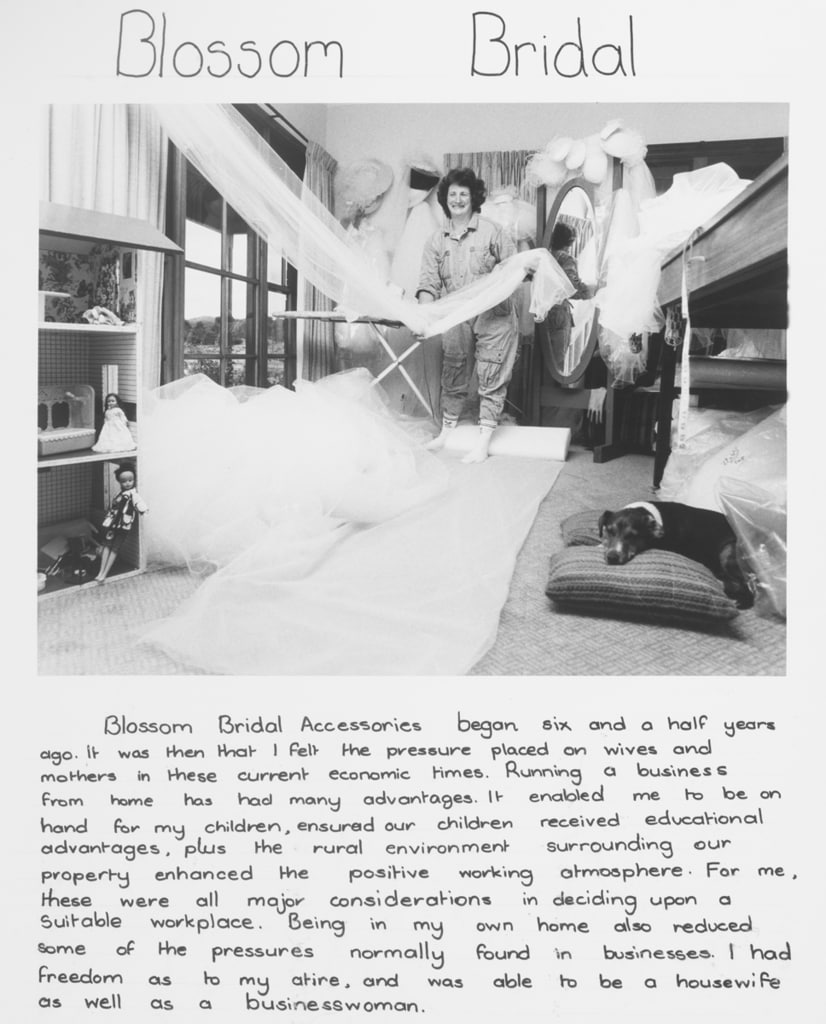 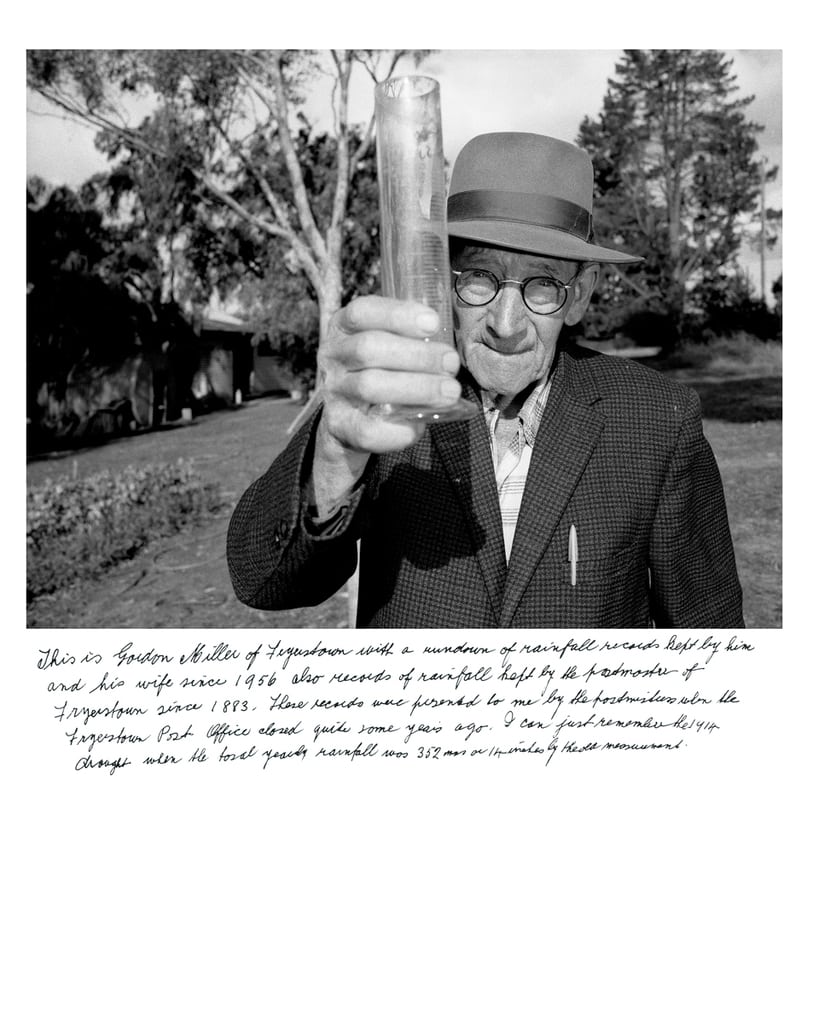 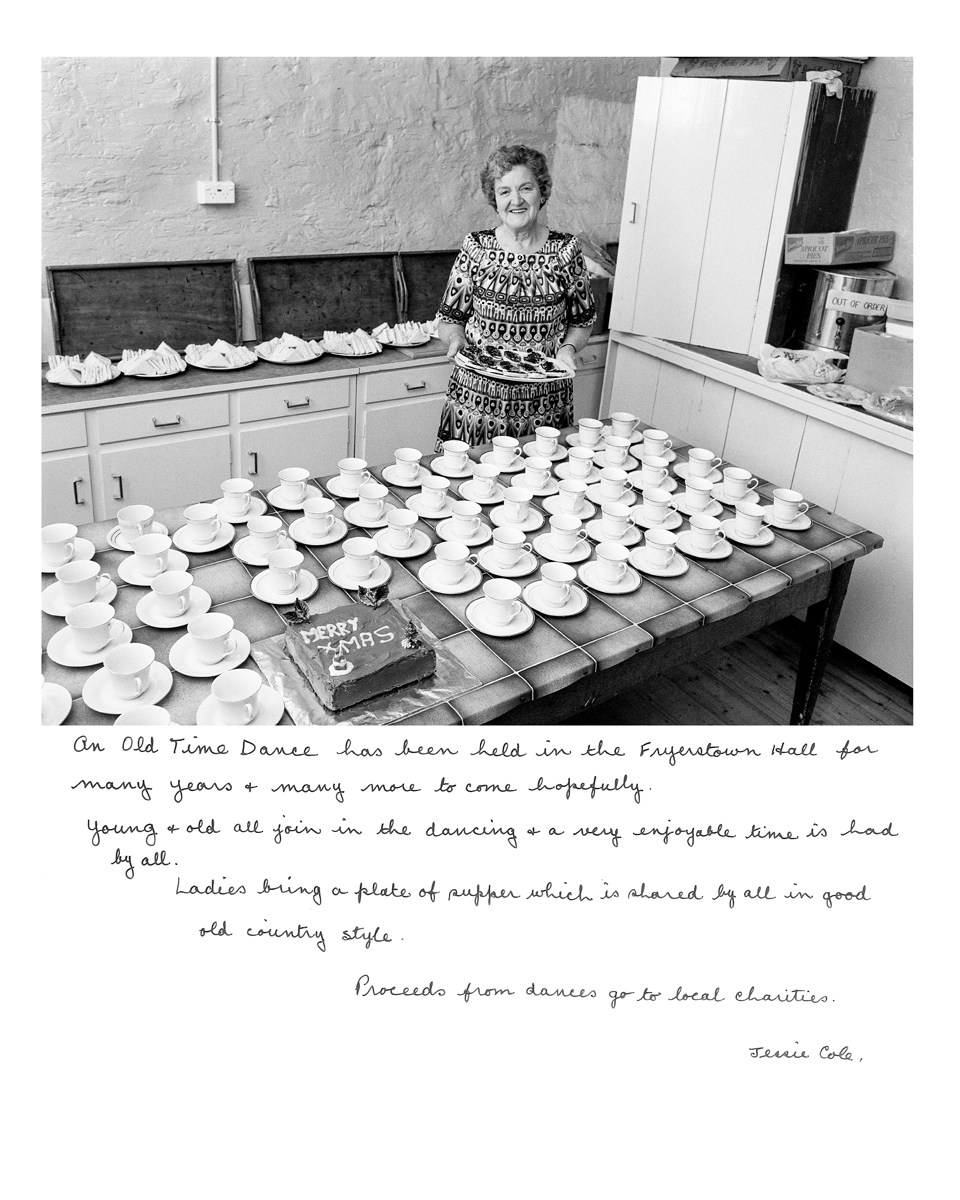 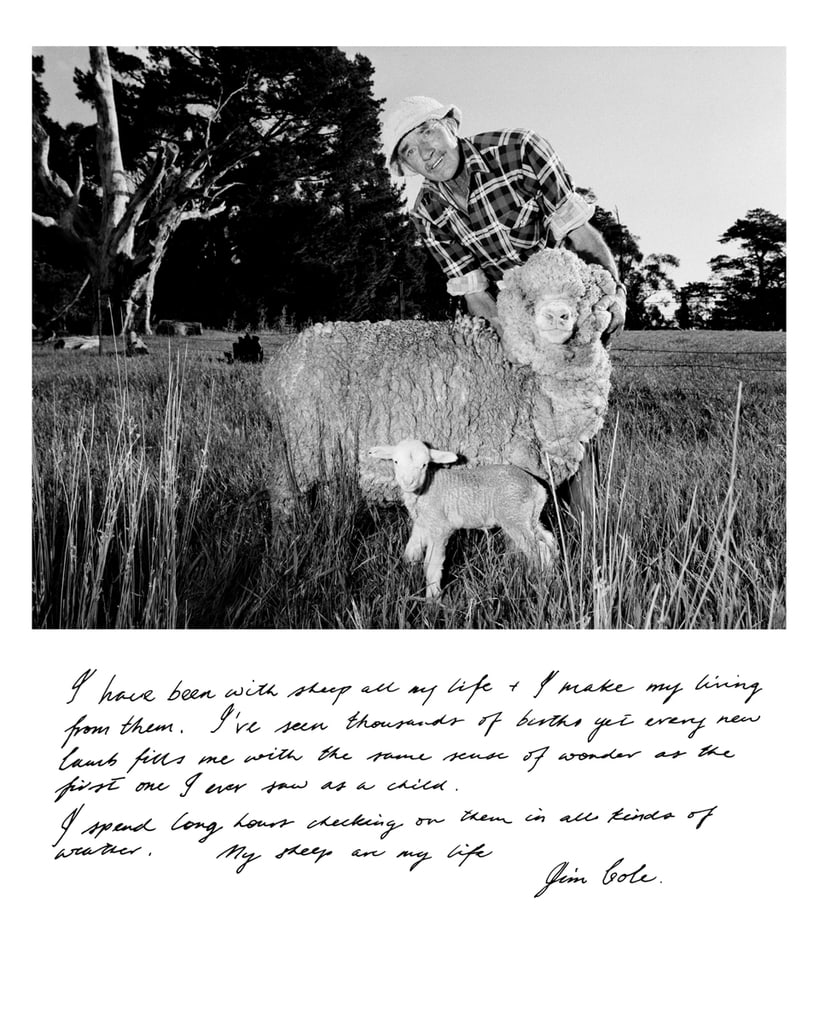 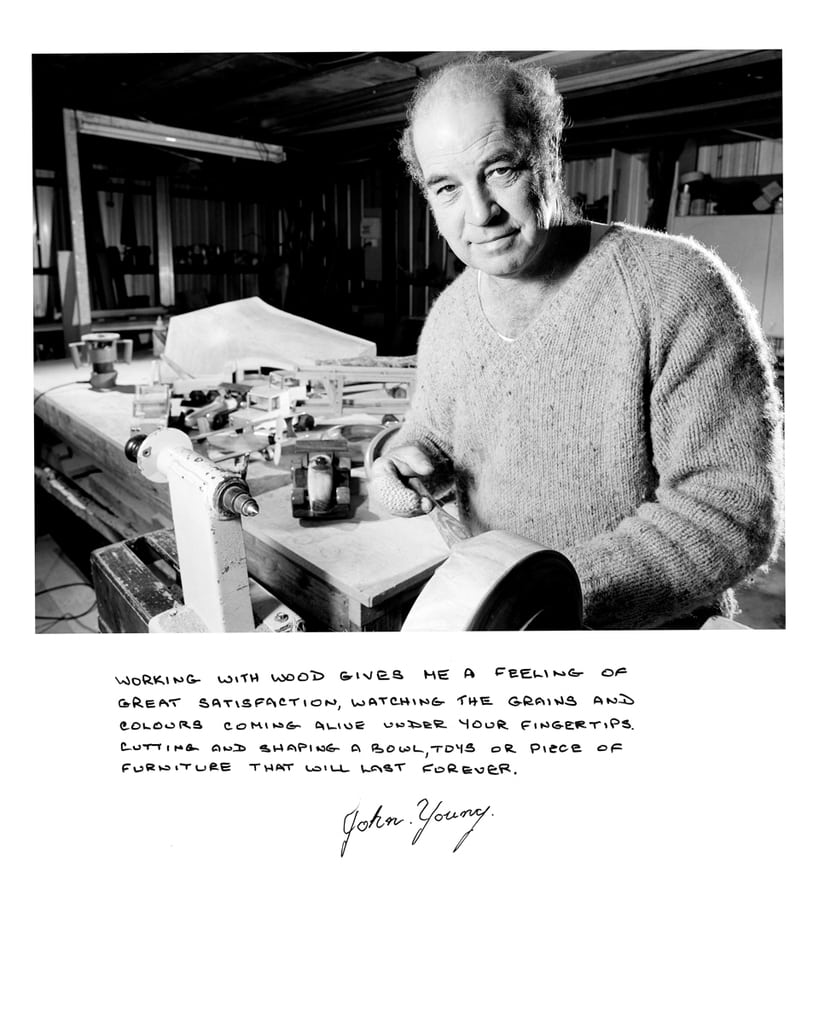 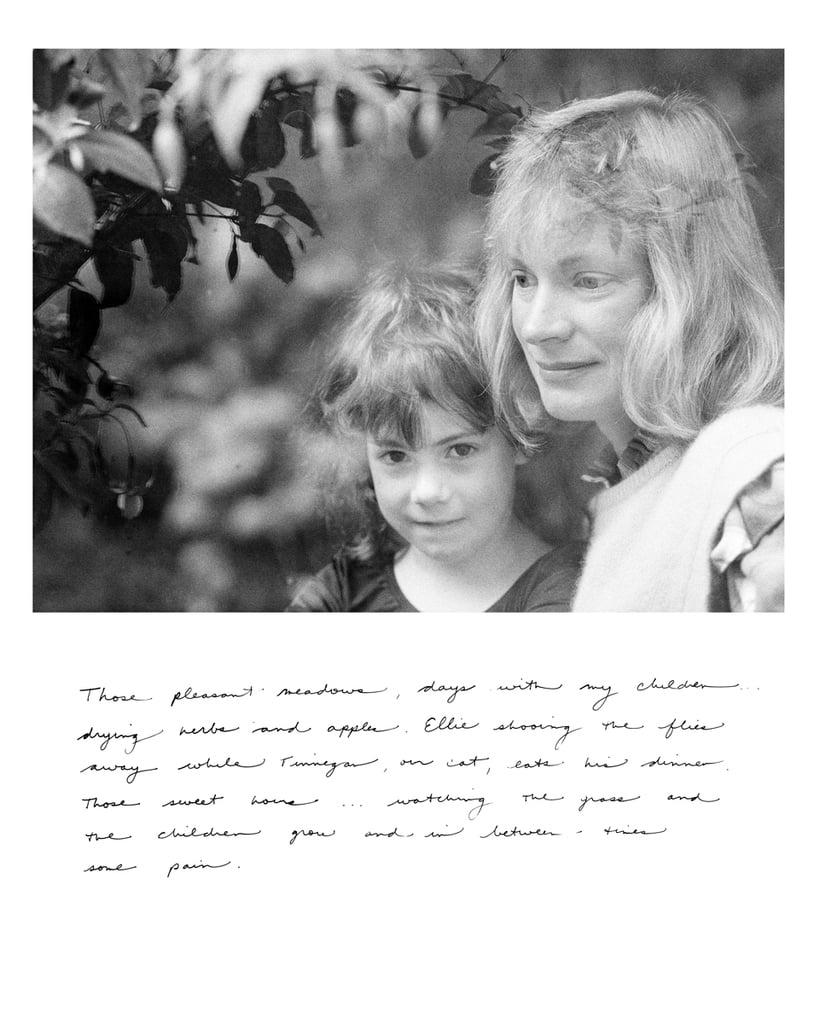 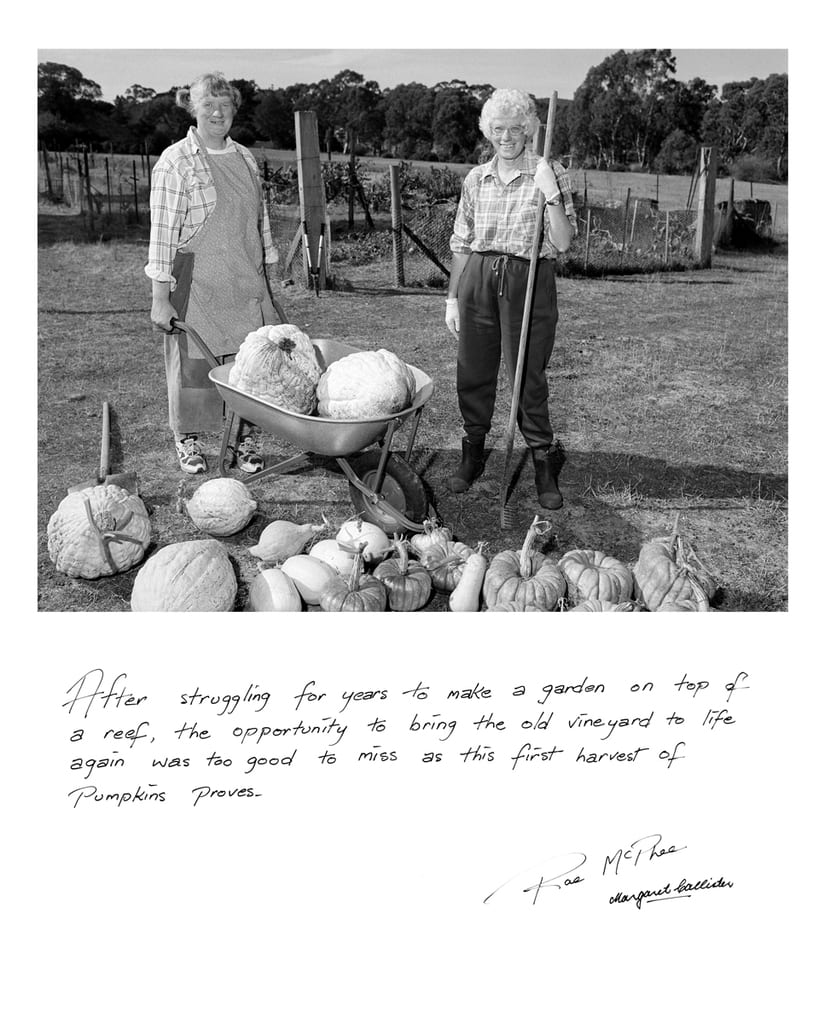 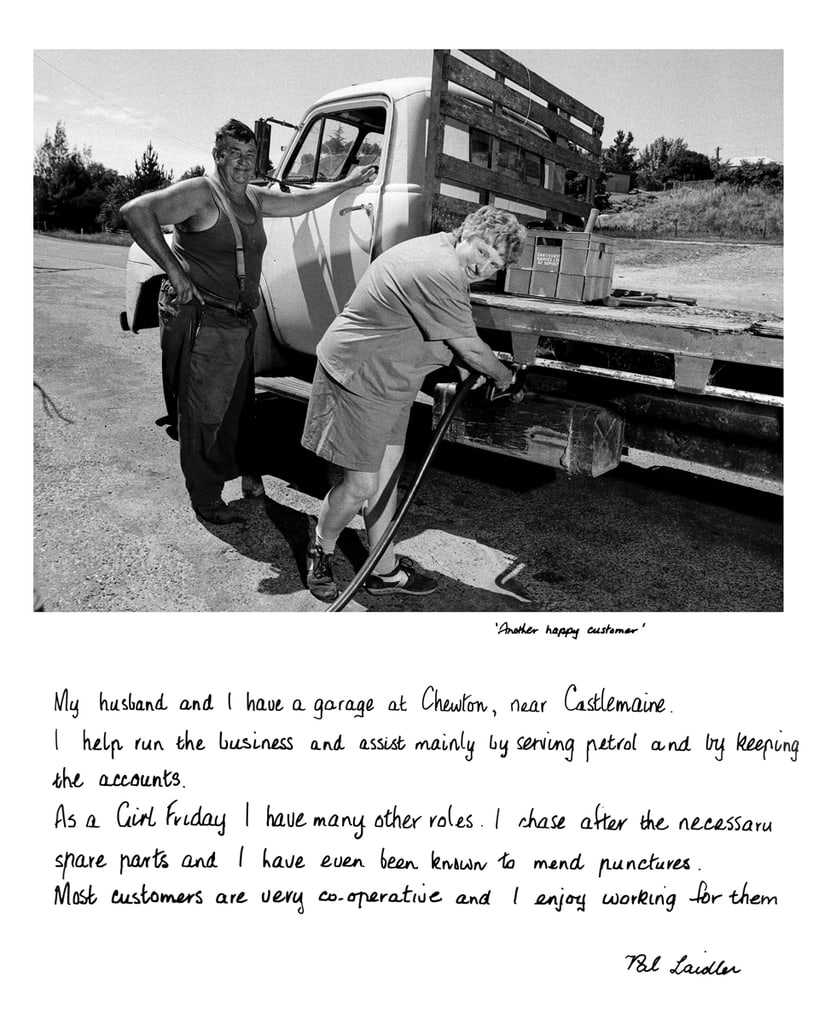 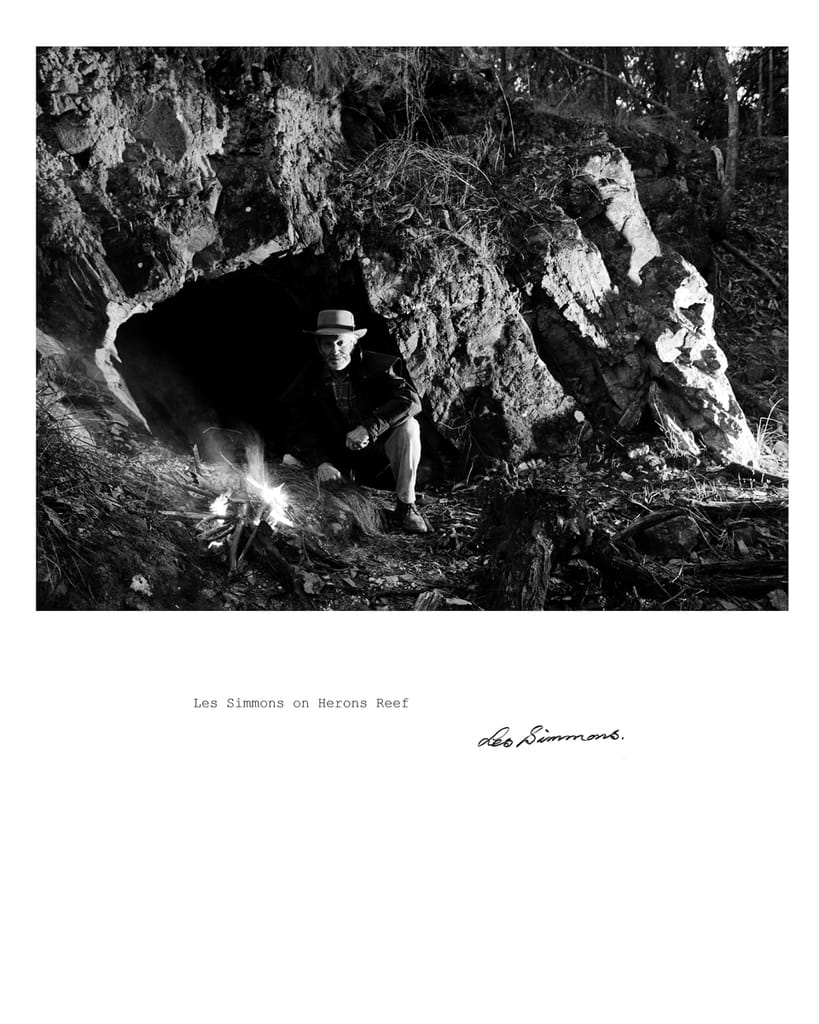 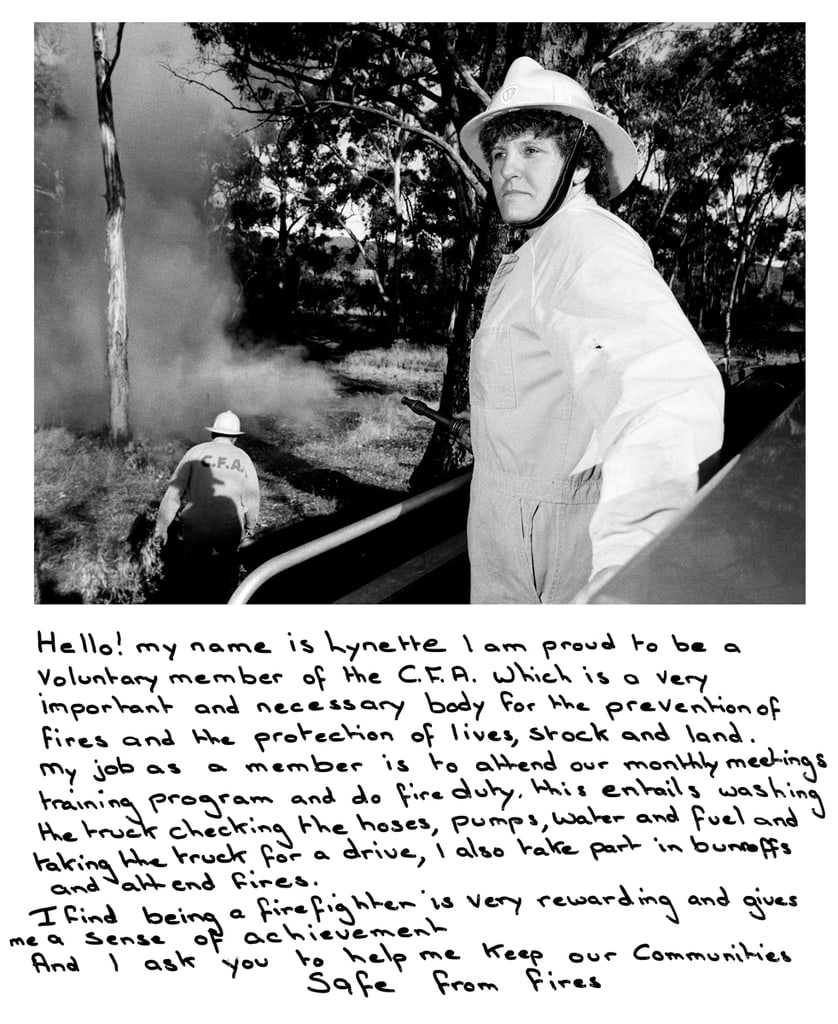 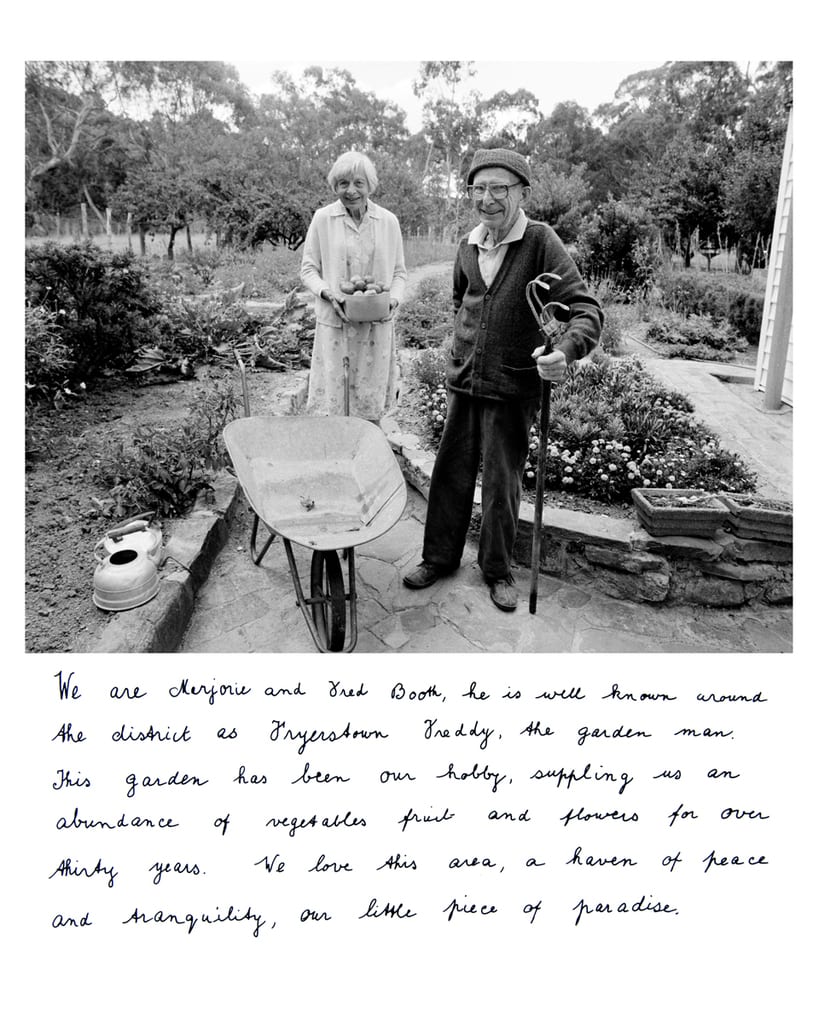 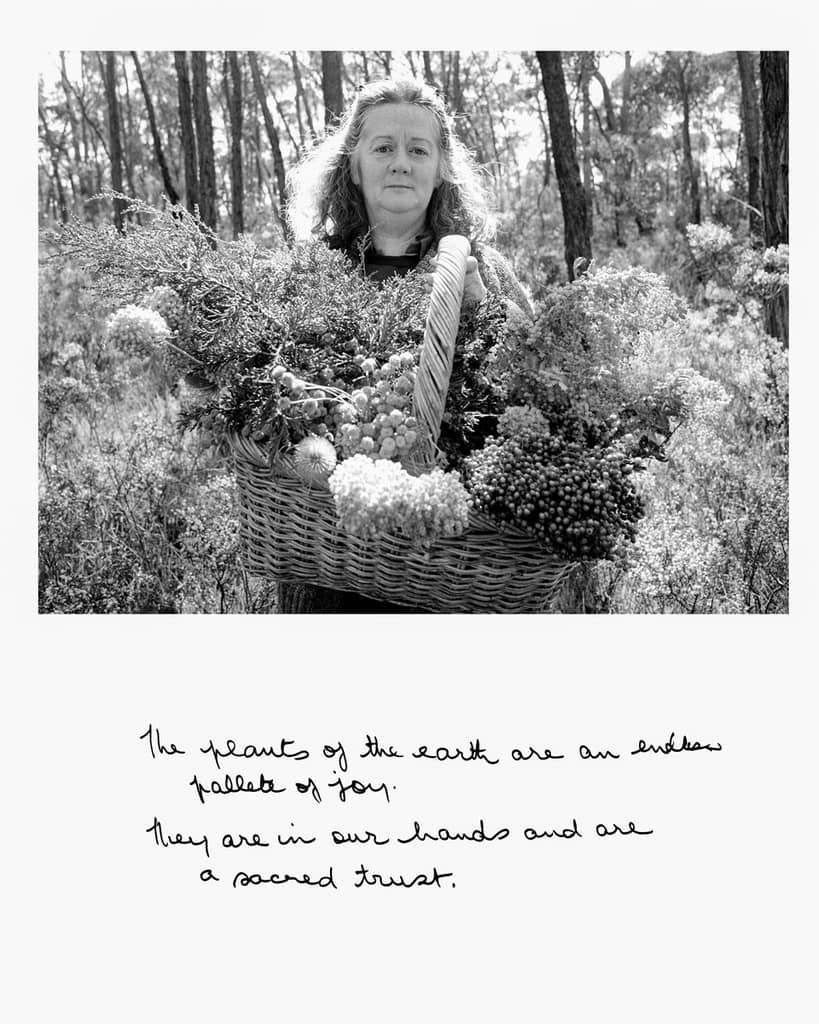 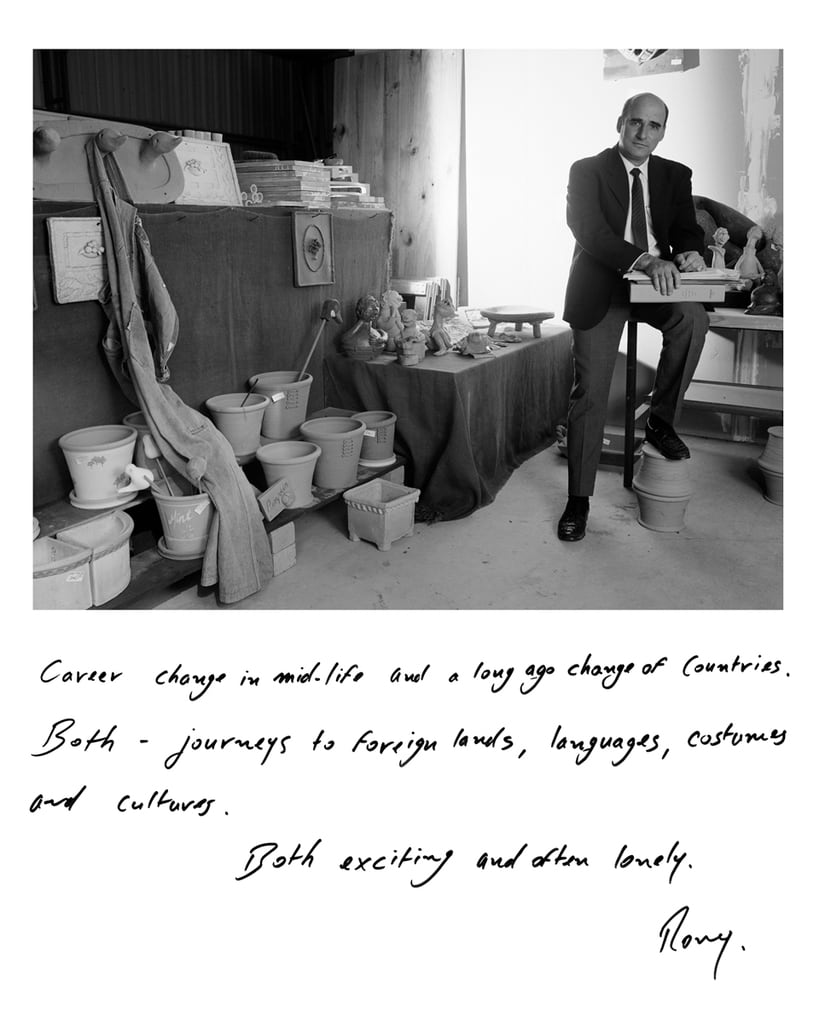 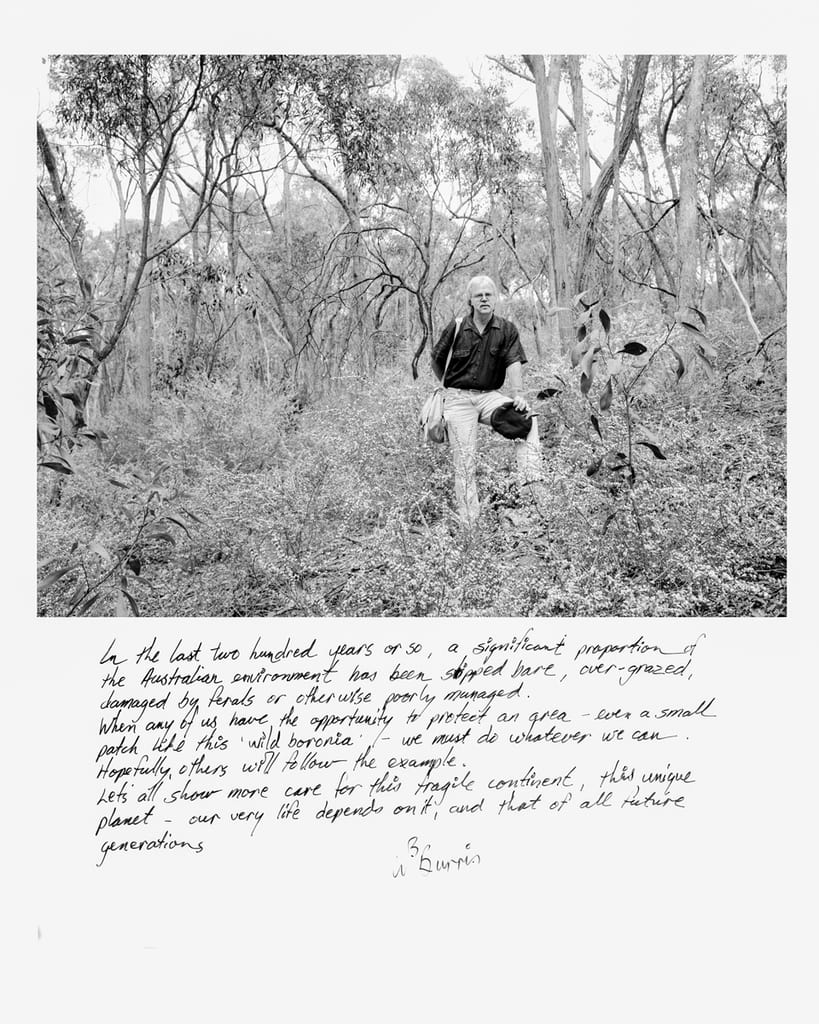 Addition to In Their Own Words – Snake Stories

Encountering poisonous snakes is a hazard of living in a rural environment. I found it interesting that a person would have what was potentially a life threatening experience, then, surviving it, would often turn it into an amusing story. This is so Australian! It is part of our national psyche to bring a strong sense of humour to almost every aspect of our lives, including life threatening ones.

The following images are recreations of actual snake incidents. The ‘snake’ was variously, a rubber toy, or a piece of hose wrapped in a stocking. 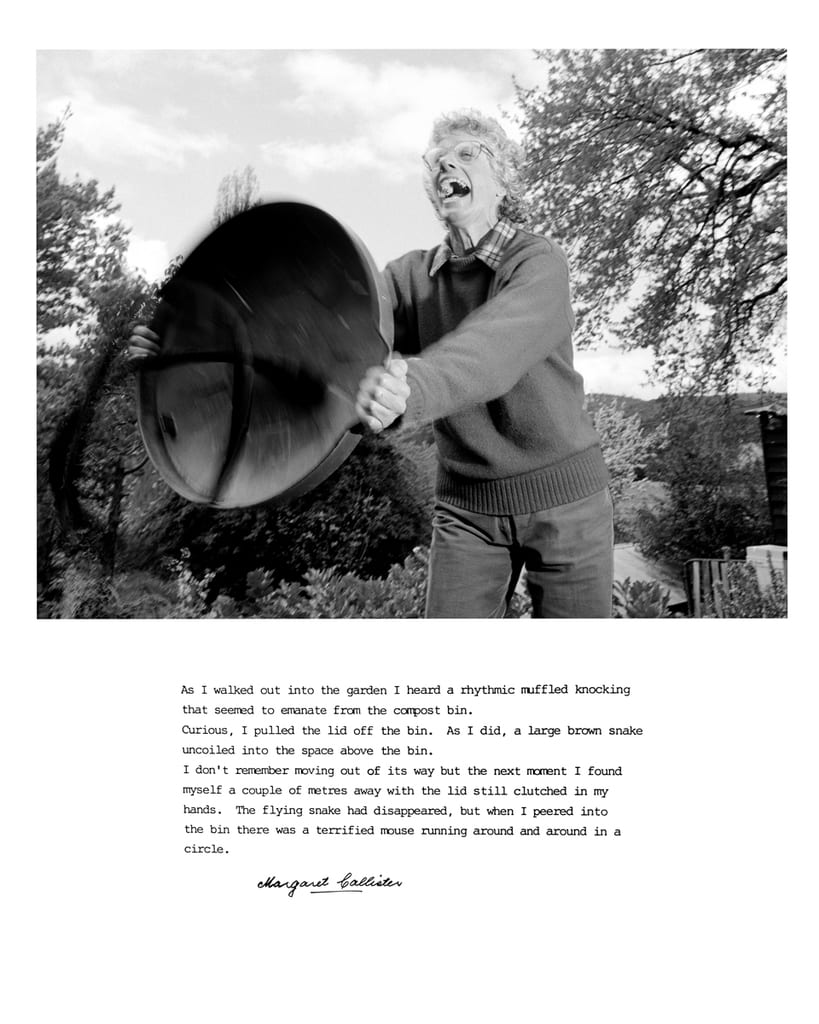 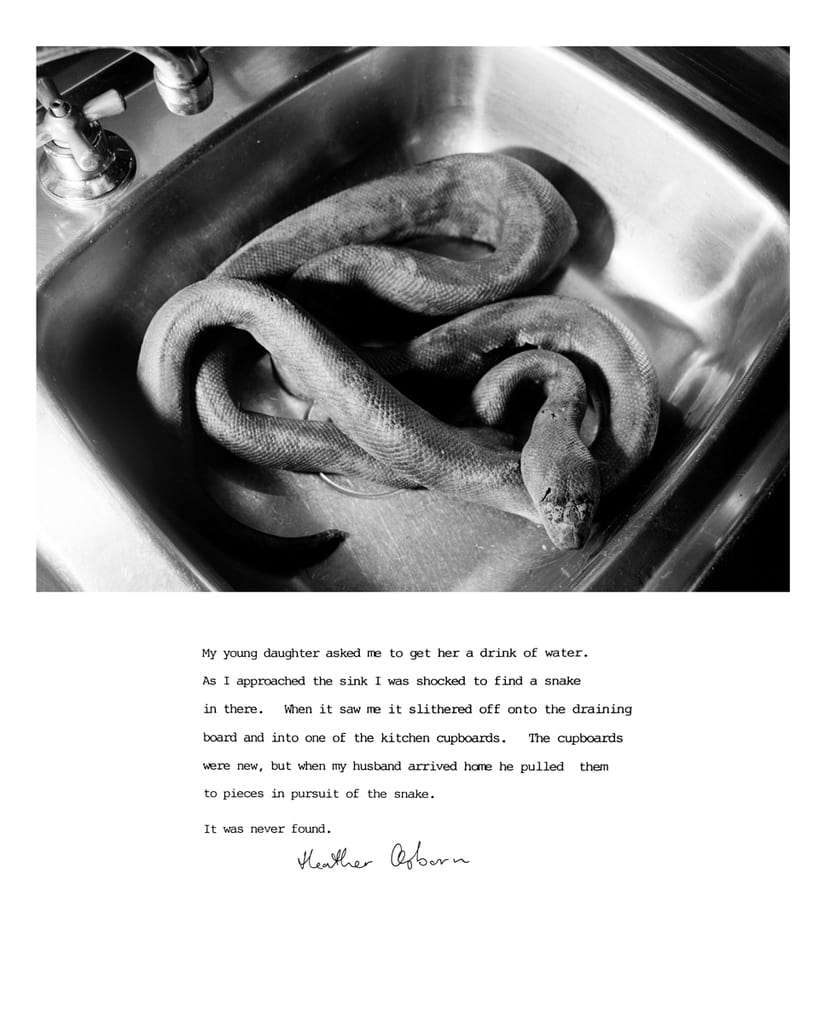 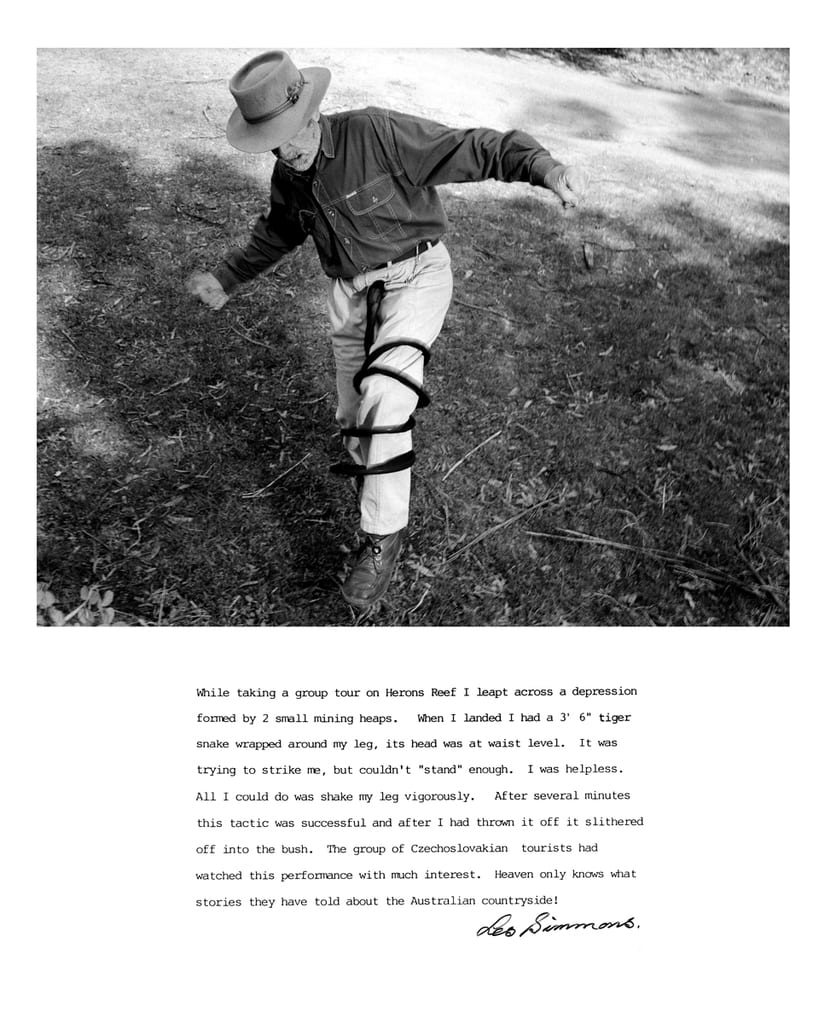